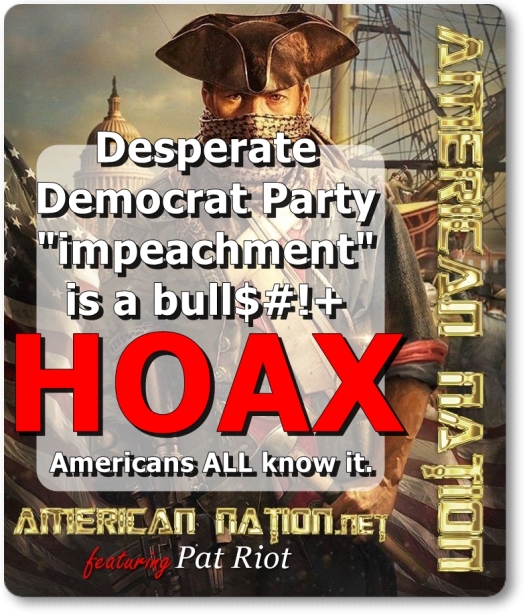 NO “high crimes” or “misdemeaners”. President Trump has committed NO IMPEACHABLE OFFENSE and Democrat Party leaders KNOW IT, and SO DO WE THE PEOPLE!

We are seeing the END of the Democrat Party, as they self destruct right before our eyes. Taken over by Communist One-World Government dictatorship Deep State operatives, Democrat Party leaders have been PAID OFF by the Deep State Cartel and are possibly acting under DURESS… or else they are simply Communists. We suspect the latter…

We the People don’t have to put up with these desperate Democrat Party crimes. We can remove every Democrat Party politician in one fell swoop by a REPUBLICAN SWEEP in 2020! #RepublicanSWEEP2020 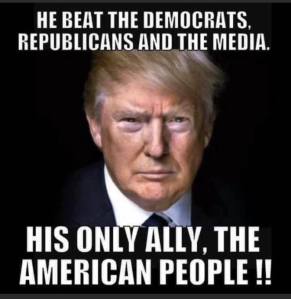 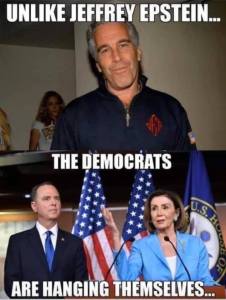 DEMOCRAT PARTY LEADERS are running scared – What has appeared to be “hate” for President Donald Trump turns out to be far more complex than that. Democrat Party Leaders who have been trying to impeach President Trump (first mention of impeachment came just 3 hours after inauguration) ongoing for three years aren’t just ‘filled with hate’ for Donald Trump. Oh no… this effort has nothing to do with “hate”, really.

Democrats are worried that their criminal behavior over the past 8 years of the Obama administration will be discovered. Democrats thought they had Hillary “Killary” Clinton coming into the White House in 2016, which would have facilitated more crime, more secrecy and instead, Donald Trump is in office with a heart for America and a desire to clean out the Swamp!

So all of this “hate” is really fear-based panic, in which Democrat Party leaders are afraid their crimes will be exposed by President Trump’s investigations. We’ve already learned that Democrat/Liberal leaders have been actively involved with Child Rape, child abductions and Pedophilia after Jeffrey Epstein’s “Child Rape Island” was discovered. American Nation suspects that the flight lists, upon which are suspected that we will find the familiar names of ex-President Bill Clinton and many other high-profile Democrat Party and Liberal leaders, Hollywood producers and actors and Mainstream Media hosts.

We cannot wait until that depraved, degenerate, criminal child abduction/child rape business is exposed and that all involved will be prosecuted to the full extent of the law. Please pray with us that this evil is exposed, made public and prosecuted to the maximum penalties allowed by law.

AmericanNation.net supports a Republican SWEEP in 2020! 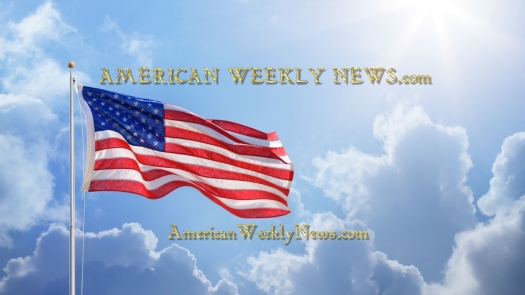 The Democrat Party truly is the Enemy of the nation. 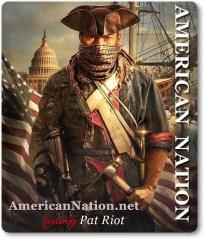 Once a proud, racist Left-wing American political party, the Democrat Party has been taken over by Marxist/Communists who have been working diligently to destroy America from the inside.

They are making a concerted effort to promote homosexuality in order to bring down and destroy the American Family, which is foundational to Americanism. They are pushing God as far away as they can in their effort to destroy the Christian and Jewish Church communities. They have occupied the government Education system and are pushing Marxist ideals onto America’s children every single day. The Democrats have occupied the Mainstream Media and are doing their best to demonize Capitalism and all that is truly good. 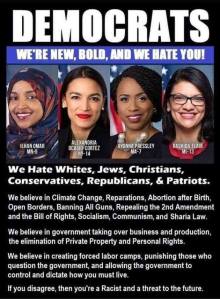 The war has already begun here in the USA. The lines are drawn and you are either an American Patriot, willing to 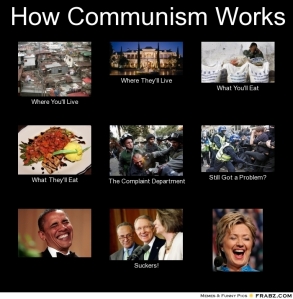 fight and die for our Constitutional Republic or you are an ungodly Traitor, who needs to be removed from influence of any kind in America.

That’s right: We are not mincing our words here at AmericanNation.net. You can run but you cannot hide from the truth, and the truth is the Democrat Party is America’s worst enemy right now, and American Patriots need to respond to this concerted attack in a big way.

There is something to be said for God (Bible), Family and country. Democrats hate all of those things. Their push to promote homosexuality is as much about hating children as it is about the right to have sex with whomever you like – which, by the way, America has passed laws to protect decades ago, so what’s the beef today? So let’s keep it real here: Democrats promote homosexuality in order to destroy the American Family, the Christian Church and Family Values. THAT is why the Democrats and Hollywood and the Mainstream Media promote the unnatural behavior called homosexuality. 150 years ago, Karl Marx warned us that he was implementing exactly what the Democrat Party is doing today. Marx mapped out exactly what the Democrat Party is doing in America today. It’s time for America to fight back, and that means destroying the Democrat Party, or, at the least, allowing the Democrat Communists to destroy themselves, which is what President Trump is doing right now: Giving Democrats enough rope to hang themselves.

Democrats are stuck on stupid. That is the crux of the Democrat Party’s problem. They are the kids in school who wanted to be liked, but weren’t liked. They are the people who were so full of arrogance and low self-esteem that the rest of us simply didn’t want to be around them. Guess what: Nothing’s changed.

Godless Communists have never been attractive to Americans, and calling them “Liberals” or “Progressives” hasn’t changed who they are. They are Godless Communists and they are as arrogant and self-absorbed as only Godless Communists can be. No humility. No real compassion. No kindness unless they want your vote, and then when voting is over, the kindness is over, too. No honesty. No wisdom. No common sense. That’s today’s Democrat Party. These people have never learned how to love who they are, which is why they demand that we love who they are, even when we don’t. The Enemy is making a mockery of Atheism and Democrats, and Democrats have

completely lost all self-control and appear completely powerless to stop it.

So what do you do when that arrogant arsehole is at your party, and no one wants to talk to them because they’re loud and obnoxious and their behavior is out of control? You find a way to uninvite them. You call their mom to pick them up.

In this case, however, their is no “Mom” to call, so we must find a way to uninvite them to this party that is The United States of America. And just how do we do that, you might ask? Simple: We secure our ballot boxes and we stop voting for Democrats.

When you know Democrats, you know what failure looks like. When there are no Democrats, there is no failure in our communities. It’s that simple. The Democrat Party is corrupt, anti-American, Traitors to our nation and it’s time to retire all Democrat freeloaders and manipulators from Congress. In fact, it’s way past time.

Be blessed, and be a blessing.

How on Earth a major American political party got so insane is totally beyond me. 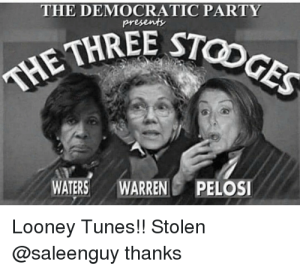 I will take a close look at the complete degeneration of the Left’s sanity in America and I will share my findings with you. It’s not rocket science, what’s happened to the Democrat Party. In fact, if you look closely, you’ll see exactly how the Liberal Left lost it’s collective marbles, got off it’s rocker and then completely lost it’s mind.

We’ll be talking about this, and much, much more… 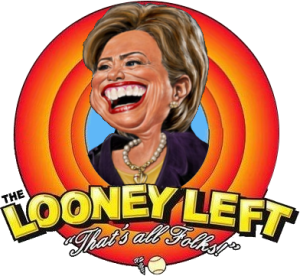 My name is PAT RIOT. I am a faithful American Patriot, Journalist and I am one of the Spiritually developed, as opposed to the Godless Communist Democrat Party loonies who are running amok in our government and Media today. 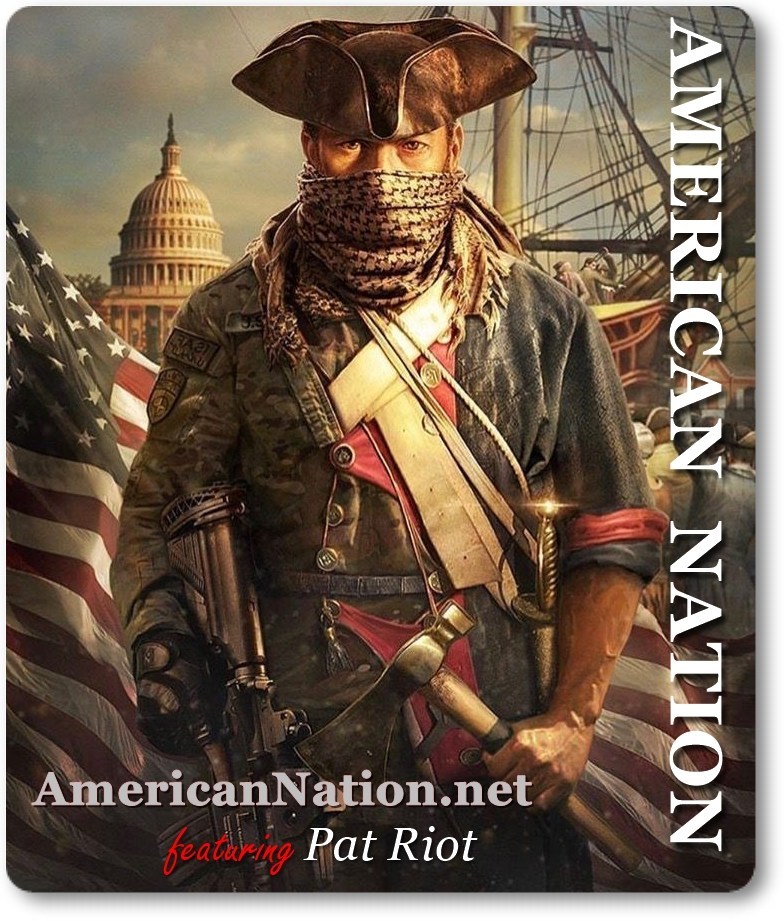 I won’t lie to you and I will do my best to make you the most informed readers on the planet. This land is your land; this land is my land, and we will not have Communists and Traitors take it from us. Not on my shift, anyway.

Subscribe if you would like to know when my staff posts a new article. We will not use your email address or personal information for anything but our announcement list. American Nation promises you that. God bless you, and God bless America.