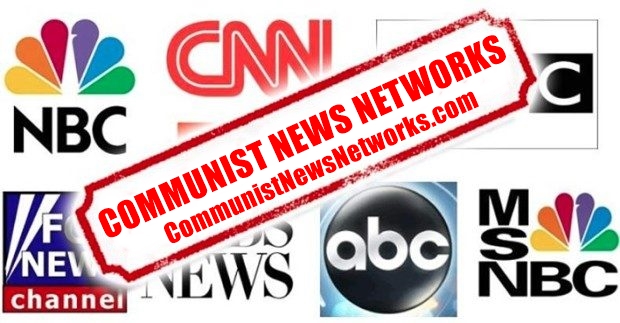 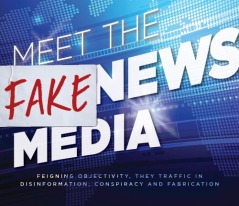 With the small minority of Liberals in America, less than 10% of all Americans, the Left has become desperate and more dishonest than ever with their Communist New Networks desperate effort to convince Americans that the Democrat Party poses a threat to Donald Trump’s re-election. Desperately trying to get Americans to agree to “mail in voting”, so that they can commit mass voter fraud, the Democrat Party doesn’t appear to have a chance in this upcoming 2020 Presidential election. The Trump landslide will likely be the biggest landslide in Presidential election history.

The truth is that Donald Trump’s campaign rallies in late 2019 and early 2020 were already typically drawing over 100,000 people with 50,000 more outside wanting in, while the Democrat Party, even with all 13 Liberal extremist candidates, couldn’t even fill a 10,000 seat stadium – which is why the Deep State released COVID 19 and scared people to death so the NWO Communists could insist on a shut down to Trump’s rallies which were proving, beyond a shadow of a doubt, that the Media hoax which pretended that Liberals made up half of Americans was a lie, and that truthfully, American Patriots are the vast Silent Majority while Liberal Democrat extremists are but a tiny, small percentage of Americans.

Owning every American broadcasting company has given the NWO Deep State Communists the opportunity to use their Fake News Media agencies to broadcast Leftist propaganda, manipulate public opinion and claim that fraudulent polls are true, and some Americans still believe that “the news” is still the trustworthy “the news” we all grew up with, but honestly, “the news” has become “the fake news” which misrepresents the truth, withholds information, manipulates facts and contains far more Left-wing extremist opinions than facts today, having abandoned investigative reporting in favor of simply telling viewers what they believe. The Communist News Networks have now become the Communist propaganda channels… and intelligent Americans can see that today.

“…Instead, a new consensus has emerged in the press, but perhaps especially at this paper: that truth isn’t a process of collective discovery, but an orthodoxy already known to an enlightened few whose job is to inform everyone else.

Twitter is not on the masthead of The New York Times. But Twitter has become its ultimate editor. As the ethics and mores of that platform have become those of the paper, the paper itself has increasingly become a kind of performance space. Stories are chosen and told in a way to satisfy the narrowest of audiences, rather than to allow a curious public to read about the world and then draw their own conclusions.
I was always taught that journalists were charged with writing the first rough draft of history. Now, history itself is one more ephemeral thing molded to fit the needs of a predetermined narrative.”
Bari Weiss said “…of a predetermined narrative.” In other words, after three years as Editor of the NY Times, Bari Weiss just called the New York Times “Fake News”.

More coming… much, much more.

This site uses Akismet to reduce spam. Learn how your comment data is processed.