TAKE IT ALL BACK 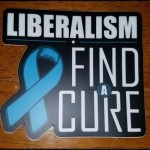 December 13, 2020 by Don King, Editor/Publisher of EnemyOfTheNation.com ~ It started with seat belts I think. Telling us what to do ‘for your safety’. We took it. Before that, we paid our taxes, kept our inheritance and worked out our differences between us.

Now here we are, years later and they’re telling us what to wear or we can’t buy food?! They tell us when we can leave our homes and when we can’t?! Since when?!

**** these people. I’m serious – this has gotten waaay out of hand. This is America. It’s time to take it all back.

Take it all back. All the fines, all the laws that violate our Constitutional rights, all the permits and licenses and fees these freaking control freaks think we owe them. We don’t owe them ****. It’s time to take it all back.

Seriously, screw these criminals and liars and voter fraud Cheaters. It’s time that We the People gut this giant worthless piece of crap oversized government and get rid of these corrupt SOB’s first, on our priority list. Take it all back – now.

Pelosi and Schumer are the worst most anti-American jackass “Public Servants” America has ever had. They think they’re the ****, because they **** the NWO Globalist’s ****’s for cash, but they are no better than any two-bit whore who ****s ****s for money.

They are low-bottom drunks, not “leaders”. Good-for-nothing reprobate, lowlife Traitors who have no business sitting in either house of the US Congress. Both of them – all of the Democrat Traitors in Congress – need to be forcibly removed from office. Impeach these people immediately, rush it through Congress and get these sick Turncoats, Treasonists, Conspirator Traitors out of America’s life forever. Prison is too good for these two scumbag, sell-out, Benedict Arnold Traitors.

TRUMP FOR FOUR MORE YEARS Thank God President Donald Trump isn’t who the NWO Press has accused him of being. Our President, Re-elected by the biggest landslide in Presidential election history, has put up with more **** from these NWO Globalists, the NWO Press, the Globslist social media sites and the the other Globalist corporations who think they’ll have a seat at the One World Government dictatorship table by betraying their own country, has been so disrespected and slandered on all 6 of the mainstream media fake news shows for five years now, which no President has ever – or should ever – had to endure.

These NWO Globalists are bonafide enemies of the USA. They have waged war – an insane war – against America fir decades. They have recruited Turncoat helpers, planted people in positions of influence within our government and they have no plan to stop trying to take down America. The NWO have recruited Canada’s leaders, China and Iran and other NWO nations to come against our country. They have started World War 3 and the NWO media has kept Americans totally in the dark about all of this, telling American news viewers “Orange Man bad” so many times that some viewers believe it’s true… but nothing could be further from the truth. Trump is a Patriot, a proud and faithful American who loves this country – his country – as much as you and I.

Working without pay for four years, Trump has put up with more abuse than anyone can imagine, and has stayed the course, faithful to his country, fighting for this Constitutional Republic while NWO Democrats have trampled our Constitution, burned down cities entrusted to Democrat Party Mayors, intentionally destroyed thousands of America’s small businesses in their efforts to destroy the American economy… and Trump stands strong.

Remember this: “Devil’s Storm”. If US courts are as corrupt as the Democrat Party, Trump will defend, protect and secure our nation against these NWO enemies. Trump signed an executive order related to Election Fraud in September 2018. Trump saw these cheaters coming. He knew who these people are. He prepared for these *******s.

And President Trump warned us all back in May. He said “It’s going to get very bad, and then it’s going to get very good.” It was already so bad, we thought that’s what he was referring to, but no. With the Chinese doing military exercises right across the border right now, as I type, our military has aircraft carriers on both coasts and in the Gulf of Mexico and our troops have been called home for the most important mission of their lives – of all of our lives – to defend and protect our Mainland, these United States of America, from NWO forces and their Communist allies.

Feb 5, 2023 Pat Riot
2AM Enemy of the Nation Uncategorized

5 thoughts on “TAKE IT ALL BACK”

The End (of Evil) Is Near